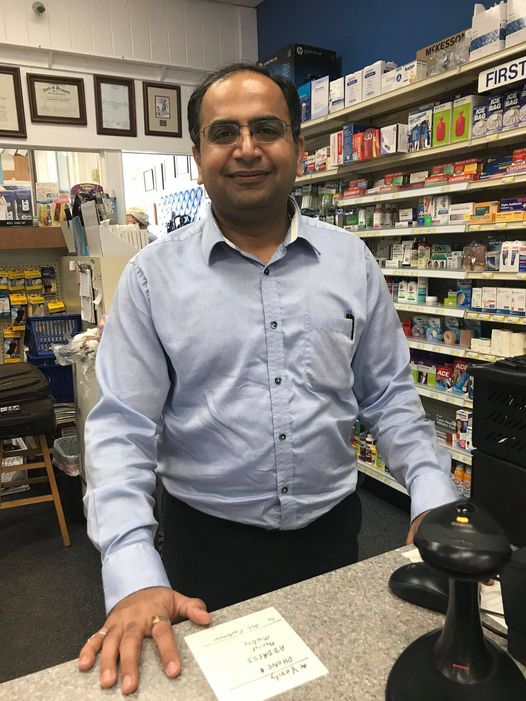 Div, originally from India, came to the United States to study in the pharmacy field in 2004. He holds a Bachelor of Pharmacy from Rajiv Gandhi University of Health Sciences in Bangalore India; and a Master of Science, Pharmacology and Toxicology Major from Long Island University in Brooklyn, New York. After graduating with a Masters in Pharmacology and Toxicology in 2006, he moved to Winston Salem in North Carolina to work for Rite Aid. He completed his internship training and was licensed as a Pharmacist in February 2007.

“I always love to help people,” Divyang said of his desire to serve in the medical field. “As a pharmacist, I am the most readily approachable healthcare provider. Therefore, patients come first to the pharmacist and ask for OTC medicine. Then they go to the doctor's office and bring prescriptions. I enjoy interacting with my patients and answering their questions."

Of what he enjoys most about his profession, Div said, “I see the progress of treatment and see a cancer patient coming out cancer free. I feel that the medicine and the healthcare team has put new life into a patient.”

Of challenges he faces on the job, he said, “There is no small or big challenge, if you are determined to solve and ready to accept the challenge. I see all challenges as an opportunity rather than a problem.”

Div has served as a pharmacist at Corner Drugs for the past six years. “Elk Rapids is a beautiful town,” he stated. “The community is very closely knit and everyone knows everyone. The best thing is that the whole community is one family."

The building inhabited by Corner Drugs has served as a pharmacy for more than 100 years. Wesley Knecht owned and operated Corner Druggist for many years after buying Hatch Pharmacy, which was operated at the same location. “The ownership has changed many times but the customers remember all the changes and still talk about Soda Fountain in the store,” said Div.